Round trips between France and Australia: how to pay less?

Travelling to Australia is a great opportunity to discover the country. Located 20 hours flight from France, this country often offers very expensive round trips. The fares depend, however, on the period and especially on the time of booking the tickets. Here are a few tips to pay less and enjoy this beautiful country.

In principle, a round trip from France to Australia normally costs €1000. This sum is higher for a simple transport to Australia. However, this fare is very variable and can be more or less expensive. For this reason, it is necessary to know a few tips in order to be able to benefit from a cheaper fare. Indeed, it is possible to find a €450 one-way ticket. All you need to do is choose the right departure date and the right time for the reservation. To pay less, you have to be prepared as soon as the flights open. As a result, the fare is still low at that time, several months before the actual trip. In this case, it is preferable to buy an “open ticket” to stay away from any unforeseen events. At the same time, you will have the opportunity to decide later on the return date. To enjoy a cheaper trip to Australia, it is also necessary to be flexible about the departure date and plan one or a few stopovers. The day of departure also has a big influence on the fares. A weekday departure is cheaper than a weekend flight.

Transportation to Australia: buying a ticket at the right time

The festive period and long holidays are to be avoided in order to enjoy a ticket at a minimal price. Even if the other days of the week are affordable, it is always necessary to book several days in advance. It is during the April-May period that tickets are on the decline. They can drop as low as 400 €, maybe even less depending on the airline and the flight time. The time of booking a ticket can help to pay less. An off-peak time is the ideal time to get the cheapest fare. A Wednesday or Thursday would do very well. But you’ll also have to wait until late at night or very early in the morning. Between 2:00 and 4:00 a.m.

The best ways to buy a cheaper ticket

A ticket can be bought either at a ticket office or from a flight comparator. Some agencies seriously study fare fluctuations and offers available at the time of booking. The aim is to find the best ticket price on the market. To benefit from lower fares, you should try to find a good agency. Some promotional fares are offered even during the summer holidays. You should also not hesitate to tell the agency if you want to make a stopover in Asia. This stopover may reduce the travel fare, as a direct flight is more expensive. The comparators can give an idea of the airlines offering the cheapest tickets. However, you should be careful, as some comparators are owned by travel agencies. They are not really reliable. Instead, they tend to tip the balance in favour of their own airline. If you come across the right comparator, you will find that a ticket worth €700 you will get for €400 from another company. Don’t forget that the cheapest ticket comes from a company that offers the longest flight. Thus, the price of a ticket with a good comparator is, in most cases, less expensive than the price at a travel agency.

Sydney is one of Australia’s major cities with the most accessible fares. For a flight in November, for example, landing in this city will cost €797. For the same date, a return flight will cost €850 to Perth and reach €1224 to Canberra. This difference is even more noticeable during the low seasons. There is a difference of more than €500 between Sydney and Canberra. To pay less, you should avoid the summer period. But, for other reasons, it is better to leave in July. You will have a difference of 300 € if you use a price comparison and if you go down to Sydney. Although a flight in July is expensive, the difference remains the same. A round trip to Melbourne will cost €1138. To Canberra it will be €1439. Sydney remains the most attractive city in terms of price with the sum of 1006 €. Accommodation there is very accessible with only €350 per person for a 20-day stay. 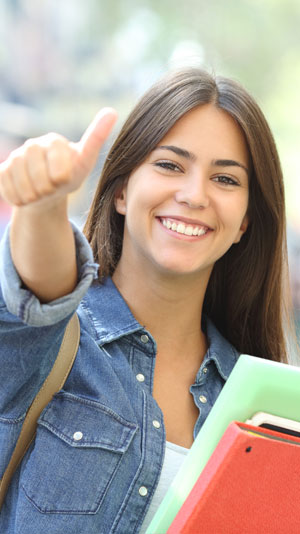